Redemption Racing / ClubMX at round 9 in Walton, Ontario. 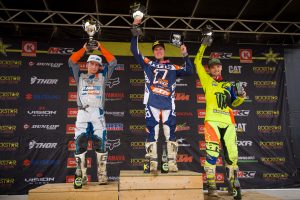 The ClubMX Redemption racing teamattended the last round of the Jetwerx MxTour series at the famous Walton Raceway this past weekend. Despite the rain, the Walton staff worked hard to have the hard pack track in prime condition for race day. With a lot of past success on this particular track, Joey Crown finished 2ndoverall on the day as well as 2ndoverall in the 2018 Canadian outdoor 250 championship. Teammate Josh Osby, had an up and down day while 450 rider, Eric Jeffery went 18-18 for 18thoverall. After the meeting, I shared a devotion about being a new creation in Christ and that as a new creation we are enhanced and limitless. To listen to the full devotion, please click on the following: 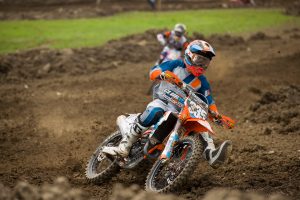 Last weekend was pretty stressful forJoey Crown, who was sitting 2ndin the standing, only 3 points behind the leader. Joey qualified 2ndwith some impressive lap times. After a bad crash on the start of moto 1, Joey had to push hard and make numerous passes to work his way up to 8thby the end of the race. Moto 2 was different and Crown got a better start just outside the top-5. He attacked right from the beginning and was in the lead by the 5thlap. After battling for the lead with Dylan Wright, Joey settled for 2nd, giving him 4thoverall on the day. Joey’s multiple wins and other impressive podium performances gave him the 2ndplace overall in the 2018 Jetwerx MX Tour Series Championship. 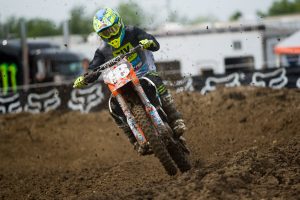 Josh Osby, did not have the weekend he was hoping for this past Saturday, at the last round of the series. After a great start to the first moto, Josh battled in the top 5, going up to 2ndand finishing in 4thplace. Unfortunately, a crash on the start of Moto 2 set him back, leaving him dead last on lap 1. He eventually crossed the finish line in 12thfor 7thoverall on the day. After getting many holeshots and podiums, Josh leaves Canada with 6thoverall in the series. 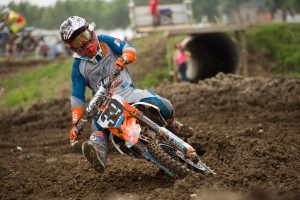 Eric Jeffery kept it consistent this weekend, finishing 18-18thfor 18thoverall. Eric had 2 good motos filled with battles with his fellow competitors. After missing a round in Manitoba earlier this season, Jeffery will still finish in the top 15 overall with a great 13thplace in the 2018 Jetwerx MX Tour 450 Championship.