The 7th round of the series was in Brookfield,Nova Scotia at Pleasant Valley motosport park. Until now, the last and only national at this facility was back in 2002. The weather was hot and the spectators were there in full force!

So far, we have discovered that the Bible points us to four different sources of hope that qualify under the “cannot break down” promise. We are told to trust the Word of God, Jesus, heaven, and the Holy Spirit as our sources of hope. These four are the essence of what Christianity is all about. So it makes sense that the Bible would tell us to put our hope in them.

King Solomon is considered the wisest man who ever lived, wrote the book of proverbs. He said in Proverbs 24-14: Know that [skillful and godly] wisdom is [so very good] for your life and soul; If you find wisdom, then there will be a future and a reward, and your hope and expectation will not be cut off.

Solomon mentions wisdom as a source of hope that “will not be cut off”. Although wisdom seems to be different from the previous four. Our first four anchors of hope all require faith. Wisdom is acquired in other ways.

Wisdom begins by first seeking knowledge. Solomon said in Proverbs 10:14, “the wise store up knowledge”. To get wisdom, you must first acquire information. Proverbs 2:4 says to “search for it as for hidden treasure”. That means investing your most valuable resources into the pursuit of it; meaning your time and your money. Do you have a personal growth plan? What are you doing to acquire knowledge? How much are you investing in yourself to grow yourself? If you don’t have plan to pursue knowledge, you aren’t going to acquire the fifth anchor of wisdom.

The third way to gain wisdom is to trust God. Solomon said in Proverbs 9:10 (NCV), “Wisdom begins with respect for the Lord, and understanding begins with knowing the Holy One”. We have already learned that trusting in Jesus is an anchor we can lean on. But now, Solomon says that doing that is the beginning of finding wisdom.

Here is a recommended personal growth plan to gain wisdom:

Read a Proverb daily. There are 31 chapters in the book of Proverbs and 31 days in most months of the year. Read the corresponding Proverb with the day of the month.

If you commit to the pursuit of wisdom, it will benefit you in ways you can’t even imagine. I once read the story of billionaire entrepreneur Steven K. Scott, who flunked out of nine jobs in his first six years after college. He was lamenting his woes to a friend who challenged him to read a Proverb a day. His friend promised him that if he could discipline himself to do this daily habit for 2 years, within 5 years he would be a millionaire. Feeling like he had nothing to lose, he took the challenge. In less than 3 years he was a millionaire—his newly started business began earning $1 million a week! Today, using a handful of strategies he found in the book of Proverbs, he and his partners have built more than a dozen companies from scratch, achieving billions of dollars in sales.

Money is not the anchor to lean on, wisdom is. But, Solomon—who coincidentally is known as the wisest man and the richest man who has ever lived—said “If you find wisdom, then there will be a future and a reward”.  Are you ready to pursue wisdom? What have you got to lose? Start your personal growth plan, today.

My pastor form Forest City North Church in London was on vacation visiting family in Halifax. He came out to the track on Saturday night and he shared about stripping away the things that slow us down so we can run the race set before us.

Shawn got the hole shot in the first moto but slid out sideways crossing the holeshot line. He finished 2nd in the moto. In the second moto he was leading until the halfway point when an aggressive pass was made on him causing him to go down. He finished the moto in 4th. 2-4 moto results gave him 3rd overall. 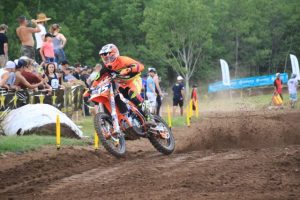 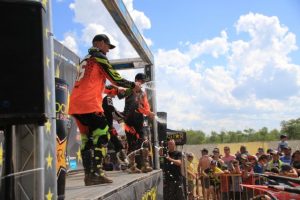 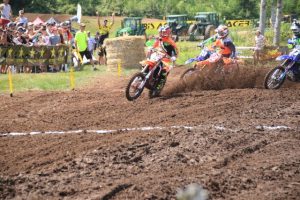 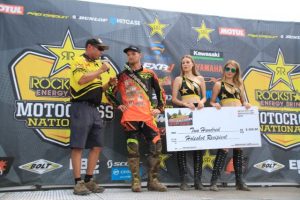 Cade had a very good weekend in both his motos riding up in the top 5 for the majority of both motos! His 6-6 moto finishes gave him 6thoverall. 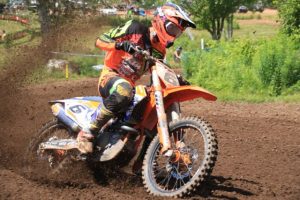 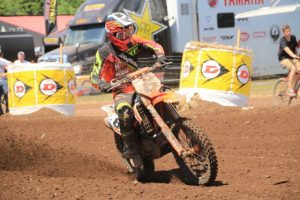 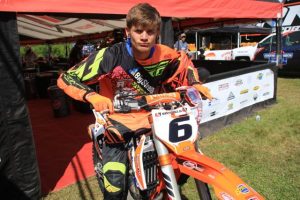 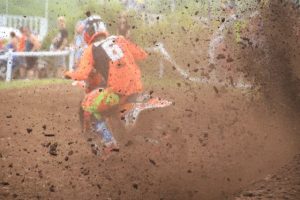 Eric did not race this weekend. As a result of Eric’s crash the weekend prior, he injured his groin with damage to his ligaments and muscles. He will be taking some time off to heal.

Mike scored points in both his motos, even after falling several times in his second moto. 25-23 moto finishes gave him 26th overall. 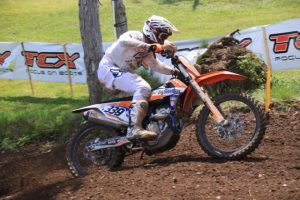 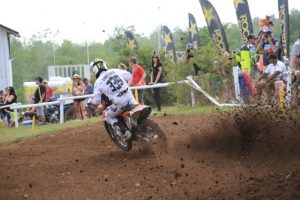 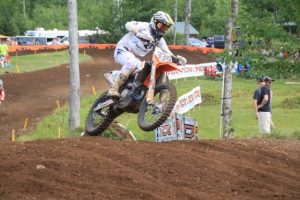 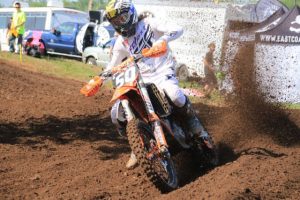 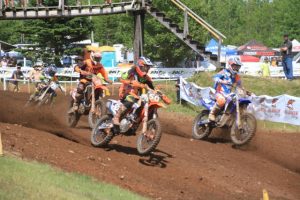 Our ministry, and race team would not be possible without the tremendous  generosity, and support of our growing sponsors. Our primary goal is to share Christ’s love on, and off the track, and to provide a compassionate ear, and heart for those who are lost and hurting. The truth of Jesus never fails to provide hope during despairing times. Thanks again to all those people who provide their time, money, and prayers as we travel across this beautiful country- Canada that we call home. Have a great week!